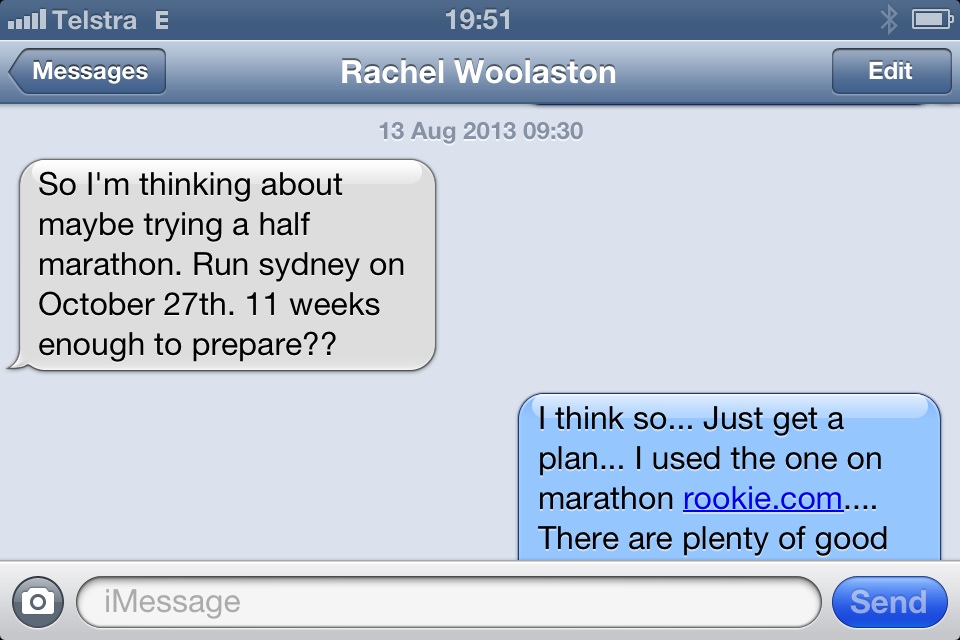 I just wanted to share a few messages that I recieved in the last few weeks. The first is from my friend Rachel. She had a milestone birthday this year, and decided about 6 months ago that she wanted to start running. She started going to parkrun, and set her sights on this year’s City to Surf. A few days later, she sent me this message: 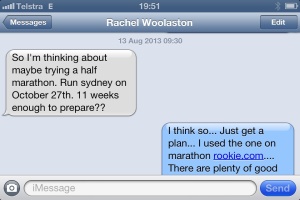 This makes me happy, because she obviously enjoyed it so much that she wants to continue her running journey, and has already set her next goal. 6 months ago, she didn’t run at all. Now she wants to do a half marathon! She bought herself a garmin for her birthday.

The second is from my Dad, who often comes along to my marathons, and holds my bag, or my water bottles, or my dog, and cheers from the sidelines. He spent last year telling me I run too much. 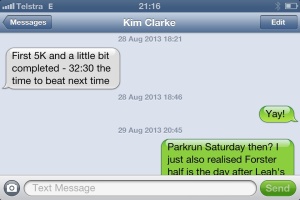 Now he is running 5k’s. I’ll get him along to parkrun soon. Yesterday he was online looking up garmin watches!

Finally, we come to Helene. Helene and I worked together in a coffee shop when I lived in Vancouver. Before I was a runner. I have not seen her in a couple of years, but we are friends on facebook, and I guess that she must often see my posts about running. Recently, I logged on and saw this status update: 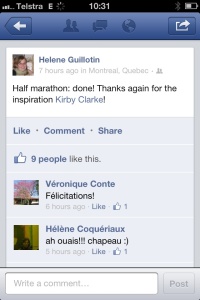 So happy that I could inspire somebody else to start their own running journey! It really is a journey, and we all start somewhere. I honestly struggled to run a few kilometres when I first started.

I love seeing messages like these ones, and don’t doubt that these people could have the same effect on people around them that I never would have dreamed of having on somebody else when I first started my own journey. Run forward, pass the virus on!

2 thoughts on “The Messages I Love Receiving…”