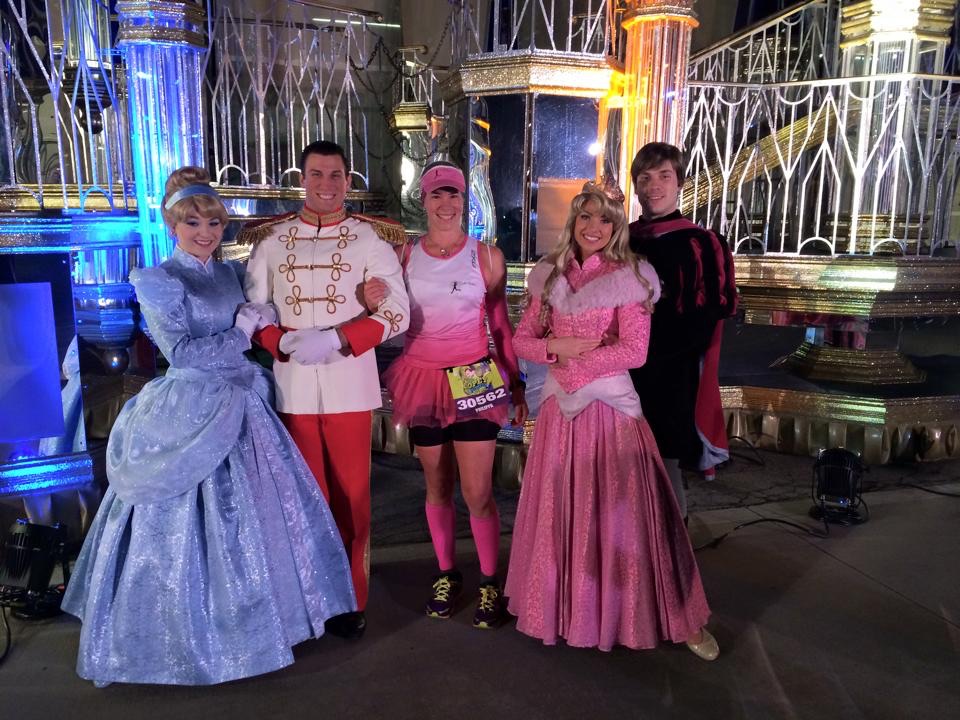 Pip and I had done the 5k and the 10k, but still had the half marathon and the marathon to go. Half the races were done, but our total distance was only about 18% complete. When our cab pulled up at the start line, I got the feeling that this was going to be a lot bigger than the 5 or 10k. There were over 20 000 runners competing in the half marathon. We dropped our gear bags off in the bag tent, and started to wander down towards the start line. It was a long way… About 2km from where we got dropped off. We had to jog the last few hundred metres, as we could hear the race marshalls getting ready to start the race. There were 16 starting corrals, with over 1000 runners in each. I was in corral C, and Pip was in D. I wished Pip good luck as she entered her start zone, and wandered up to mine, just in time for the start of the race. 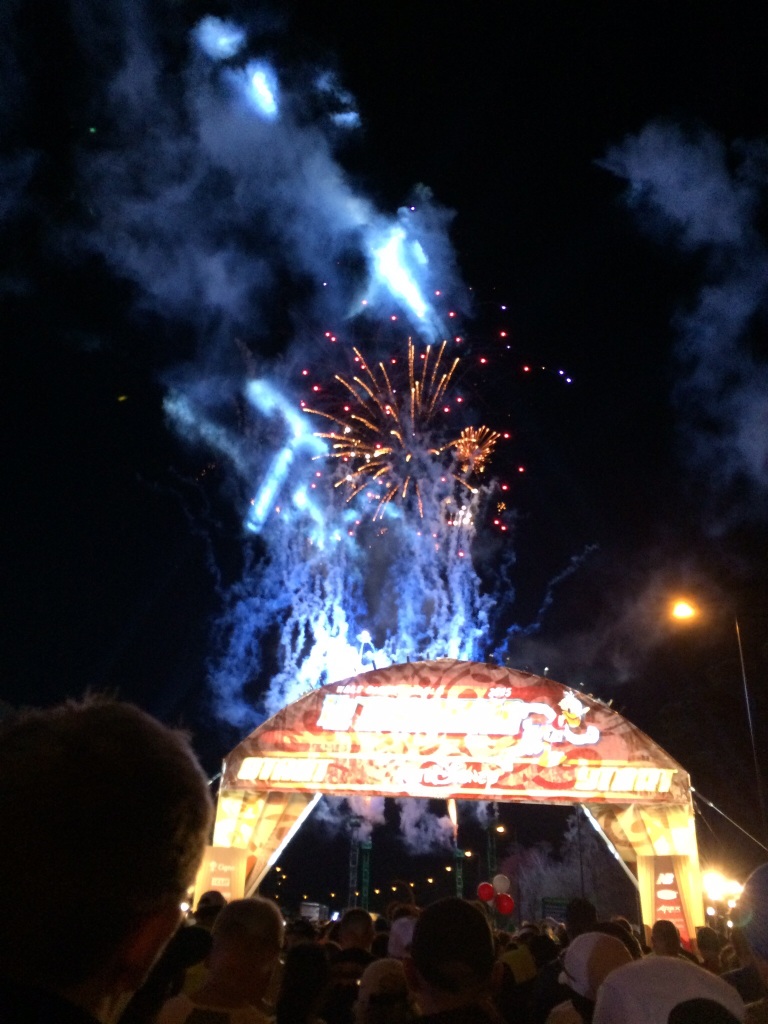 At 5:30am fireworks lit up the sky, and the runners were off. I had decided that I was going to try to run a fast half marathon. I had no idea how my body would respond after the last 2 weeks of travel, snowboarding and running, but I would know within the first few kilometres if I was running well or not. The first kilometre went by in 4:29. I did some quick math in my head… If I could maintain close to 4:30 kilometres until the end, I would finish in around 1:35, which would be a PB. That became my goal. I was looking good for the next few kilometres. I was running in the dark, concentrating on the course and my watch, and not too much on what was going on around me. 5km rolled by in 22:33, nearly 30 seconds faster than my 5k time. I had a gel, and knocked a cup of water out of the volunteers hand as I tried to grab it, not slowing down. 10km rolled by in 44:39, 5 minutes faster than our 10k time. Coming around the corner of Main St, USA in the Magic Kingdom and looking up the hill to the Disney castle was a beautiful sight, but I couldn’t stop to enjoy it. 15k rolled by in 1:07:04. My estimated finish time was 1:34:20. I was on track! I was feeling good.. Hurting and uncomfortable, but feeling like I had the endurance to get there. Lots of people were cheering me and my pink outfit home. As I entered Epcot, ‘let it go’ was playing on the speakers. 2 Texan guys passed me, singing ‘she’ll be coming round the mountain when she comes, yeehah!’ It was such a fun atmosphere. ’10 more minutes of pain’, I told myself, ‘and then you can relax and enjoy tomorrow’. As the sun was coming up, I saw the finish line come into view, I turned it on and ran as fast as I could to the finish. I passed the Texan guys in the chute, and they lifted and ran with me home. I crossed in 1:33:29, a half marathon PB by well over 3 minutes. And all in a

pink tutu. Very happy indeed. I had travelled a long way, it was nice to get a good result. The course and weather conditions were very favourable on the day.

After the race, I waited around in the Finish area for Pip. She finished in 1:57. Over 22 000 runners, and I had come 3rd in my age category. 21st woman out of 12379 finishers. But as I looked at all of the fabulous photos that Pip had taken along her run, with Mickey Mouse and with numerous Disney Princesses, I couldn’t help but feel like I had missed out on some of the fun. She asked me if I had seen the marching bands, or heard the monorail tooting as it passed overhead, and I hadn’t noticed any of it. Luckily, I still had the marathon the next day. Sunday would be a Funday.